Exciting new 2014 titles continue to come in: here are a couple more we're particularly thrilled about.

James Kennaway (1928-1968) was highly acclaimed for his novels and was regarded as one of the greatest modern Scottish authors, winning acclaim for books such as Tunes of Glory (1956) (for which Kennaway earned an Oscar nomination when he adapted it for a film version starring Alec Guinness), Household Ghosts (1961), The Bells of Shoreditch (1963), The Cost of Living Like This (1969) and the posthumous Silence (1972). We will be reissuing his 1963 novel The Mind Benders (which he later adapted for the screen in a version starring Dirk Bogarde). In The Mind Benders (1963), Nobel Prize-winning scientist Prof. Sharpey unexpectedly commits suicide following his groundbreaking research into sensory deprivation using isolation tanks. When a suitcase of money is found near his body, Major Hall of British Intelligence suspects Sharpey may have been selling information to a foreign power. Sharpey's colleague, Dr Longman, is determined to clear his friend's name, but to find out why Sharpey killed himself, Longman must undergo a terrifying experiment in the isolation tank, with unexpected and extremely frightening results....

Kennaway died at age 40 after suffering a heart attack while driving his car.  Several of his works have been reissued by the Scottish publisher Canongate Classics, but The Mind Benders makes its first reappearance in 50 years.  Paul Gallagher will provide an introduction. 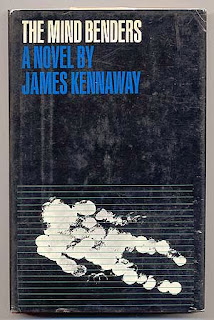 Meanwhile, one of our favorites, C.H.B. Kitchin (1895-1967), will be back with three new titles -- none of them ever reprinted before -- The Sensitive One (1931), Birthday Party (1938), and the posthumous A Short Walk in Williams Park (1971).  The latter will include a foreword by L.P. Hartley, while David Robinson and Adrian Wright have kindly agreed to introduce the first two. 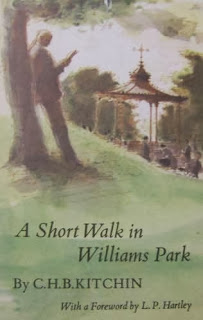 We expect a flurry of new title announcements over the next few weeks, so keep checking back to see what's in store for 2014!
Posted by Valancourt Books at 8:03 AM