Amazon & Censorship (or, to paraphrase Simone de Beauvoir, "Must we burn e-books"?)

As Amazon increasingly gains a monopoly over bookselling in the United States, they're also gaining a really terrifying power to control what you read.

Case in point: we received an email today whose subject line was "Alert from Amazon KDP".  The email says, in its entirety:

Hello,
We’re contacting you regarding the following book(s) that you submitted for sale in our Kindle Store:
The Sins of the Cities of the Plain [Unabridged 1881 text with a new introduction] (Valancourt Classics) (B00926PXEQ)
During our review process, we found that your book contains content that is in violation of our content guidelines.  As a result, we will not be offering this book for sale.
Our content guidelines are published on the Kindle Direct Publishing website.
To learn more, please see: https://kdp.amazon.com/self-publishing/help?topicId=A1KT4ANX0RL55

Well, I clicked on the link, and it didn't take me anywhere.  So I wrote them back to ask why this historically significant gay text from 1881 does not meet their "content guidelines".  I got a response shortly thereafter, which says:

Hello,
As stated in our content guidelines, found at https://kdp.amazon.com/self-publishing/help?topicId=A1KT4ANX0RL55I, we reserve the right to determine what content we consider to be appropriate. This content includes both the cover art image and the content within the book.
We’re unable to elaborate further on specific details regarding our content guidelines.

Or, to translate: "We don't have to tell you why, and there's nothing at all you can do about it."

Which is fine, I suppose, from a legal point of view.  They're a private company and I wouldn't support, say, forcing them to sell books they didn't want to sell.  But as other e-book readers flop and get left behind in Amazon's Kindle's dust, and as Amazon puts more and more brick-and-mortar bookstores (Borders, anyone?) out of business, they now have, and will continue increasingly to have, nearly unfettered power in determining what you can or can't read.

Of course, Sins of the Cities of the Plain probably runs afoul of Amazon's "pornography policy", which reads: "We don't accept pornography or offensive depictions of graphic sexual acts", but then, most other books written for readers aged above 18 or so probably do too.  It all depends on how you define "pornography" or "graphic sexual acts."  Curiously, you can buy the Marquis de Sade's books on Kindle (Juliette is $12.07!)  So the "pornography" policy seems, to say the least, a little imprecise.

I'm most irritated by the fact that an email from "Carlos S.", presumably an omniscient arbiter of good literary taste, is all it takes to eliminate one of our books from Amazon, with no right of remonstrance or appeal.

For now, you can still buy Sins and all our other titles in paperback, though if you feel at all certain that this will always be the case, you're more confident (or more gullible) than we are....
Posted by Valancourt Books at 4:07 PM 5 comments:

As you may have noticed, many of our recent releases have included the original dust jacket art from the British first editions.  Particularly in the 1950s, British dust jackets were often strikingly attractive, and where the original jacket is worth reusing for aesthetic or historical reasons, we've been trying to do so.  You'll also notice on the first page of each volume a short paragraph about the artist or designer.  What we wonder is why more publishers don't reuse the vintage art -- for example, this was the original jacket art for John Braine's Room at the Top (1957), by John Minton (1917-1957), a troubled gay artist who killed himself less than two months before the book was published: 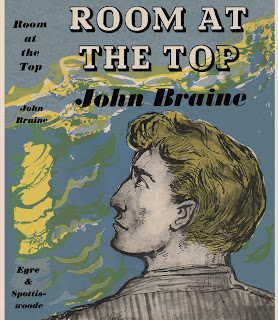 We think this is a beautiful image and well worth using for our new edition.  The alternative, I suppose would be something along the lines of the British paperback edition:

Or, take the fun original jacket art for John Wain's picaresque comedy Hurry on Down (1953): 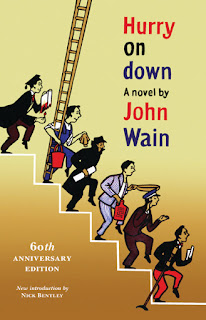 There's nothing really wrong with the cover of the most recent Penguin reissue, but it's not really all that distinctive and certainly doesn't do much to suggest the mood of the book:

One thing that's really striking about some of these very old covers is how remarkably modern they still look after 60 years.  We were really excited to discover the art of Val Biro and even more excited to discover that, born in 1921, he's still alive, and still gets up every day at age 92 to paint.  During the 1950s and 60s, Biro did as many as 3000 British book jackets, including ones by some of the big best-sellers of the time, like J. B. Priestley, Nevil Shute, and C. S. Forester.  Here are the two that he has agreed to let us reuse: 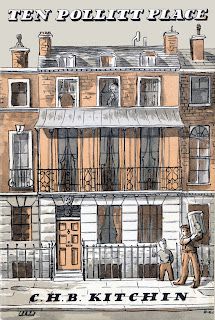 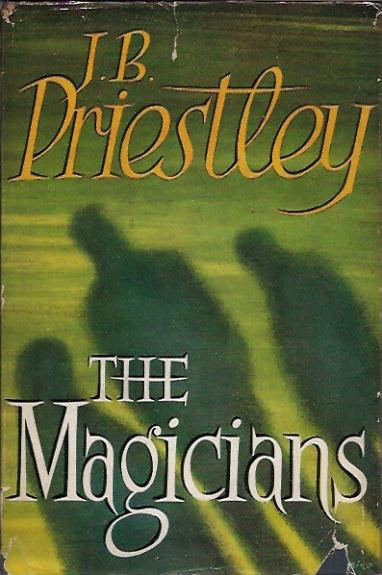 A little bit later than these, but no less notable, is artist Tom Adams (b. 1926), who has very graciously allowed us to reuse his very impressive art for two major novels, Barry England's Booker-shortlisted Figures in a Landscape (1968) and David Storey's Booker winner Saville (1976).  Adams is most famous perhaps for his Agatha Christie paperback covers, but his art adorns the jackets of some of the major British novels of the 1970s, including John Fowles's The Collector and The Magus, Patrick White's The Vivisector, and Storey's Saville.  See his gallery here: http://www.tomadamsuncovered.co.uk/gallery.html. The ominous black helicopter in the England novel becomes an insectlike nightmare in Adams's classic art: 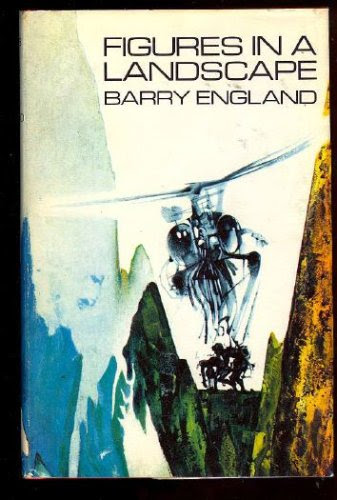 This is the gorgeous, dreamlike painting used for Saville:

Because many of these jackets -- and the overall practice of mid-20th century British jacket design in general -- are so important culturally and historically, and because so many of these illustrations are so delightful, we really enjoy using them and hope you like them too.  What do you think?