Since we started publishing in 2005, Valancourt Books has aimed to bring readers the best in neglected and out-of-print Gothic & horror fiction, gay-interest literature, and neglected literary classics.  Recently, we've been amazed to discover that a great deal of critically acclaimed, award-winning British fiction of the 20th century is out of print and often nearly unobtainable, and we wanted to take this opportunity to spotlight some of the recent additions to our list:

Founded in 1968, the Booker Prize has become the world's most-watched literary event each year. Valancourt Books is thrilled to announce a new U.S. edition of David Storey's Booker winner Saville (1976), which The Observer has called 'the best of all the Bookers'.  Valancourt will also be reprinting Storey's brilliant Pasmore (1972), shortlisted for that year's Booker Prize, and his Radcliffe (1963), in a 50th anniversary edition. 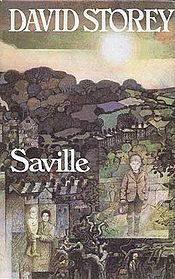 "Reading this magnificent book is like drinking pure spring water from cupped hands. It has no false notes, no heaviness of emphasis, no editorial manipulations of plot to prove a point. One becomes so totally involved in the lives of these people that their every word and action becomes charged with meaning. . . . Reminiscent of a nineteenth-century classic." - The Sunday Times

"Mesmerically readable, Saville is a revelation. It is alive with light and a kind of perpetual motion." - The Times

"Saville is not one word too long. It was worth the ten years it took to write for the result of this industry is a clarity of style and a purity of design. . . . An epic narrative, crowded, naturalistic, and riveting." - The Evening Standard

"Not once during its 506 pages did the familiar man with the stop-watch intervene to challenge my total immersion in the life of Colin Saville." - New Statesman

"No one has written of this classic dilemma with such detail and penetration as we find in Saville." - The Listener

Pasmore (1972)
Shortlisted for the Booker Prize

"Swift, clean and painful . . . as good as anything he has done." - Sunday Times 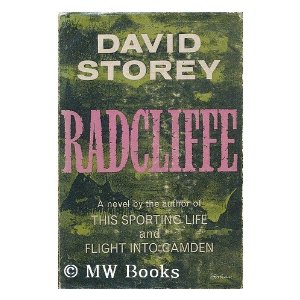 "Violent, shocking, a huge novel, the explosive story of a strange passion . . . a climax never before described in fiction." - Sunday Times

Also forthcoming is Barry England's classic thriller Figures in a Landscape (1968), shortlisted for the inaugural Booker Prize and long out of print.  The novel tells the story of two prisoners who escape in an unspecified country and flee the pursuit of a black helicopter.  The Daily Mail said it 'achieves a tension that is almost unbearable.' 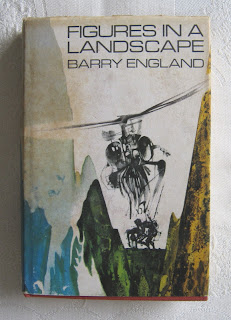 The great British novelist and short story writer Somerset Maugham began this award in 1947; it is awarded each year to the writer under the age of 35 of the best book of the past year.  Valancourt Books is proud to be issuing several Somerset Maugham Winners, including the following: 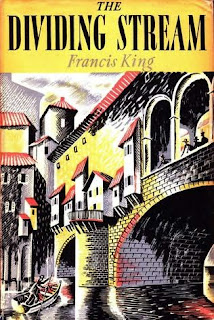 "A young novelist on whose future I would willingly gamble . . . I strongly recommend this book."
- C. P. Snow, Sunday Times

"A most enviable achievement. . . . This author is a genuine novelist whose future work is of importance to the life of the English novel." - Compton Mackenzie

"I find this novel rare, and indeed astonishing." - The Observer 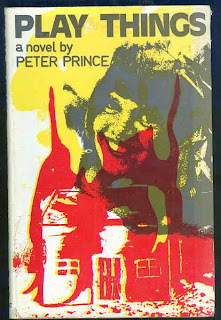 "It is exciting, relevant, a wholesale gift for the top-notch department." - Books and Bookmen

"Agreeably readably ... light-hearted throughout, and altogether this book is a promising beginning to Mr. Prince's career as a novelist." - The Listener 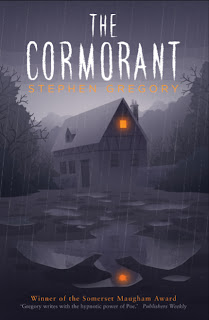 '[An] artful first novel, reminiscent of the tales of Poe . . . Gregory uses a low-key style and subtle lyricism to build an atmosphere of nightmarish horror in a tale that could become a classic.' - Publishers Weekly '[A] first-class terror story with a relentless focus that would have made Edgar Allan Poe proud.' - New York Times '[N]o summary can do justice to the subtlety of Gregory's first novel, with its fresh, vivid, sensual prose and its superb descriptive and evocative power. An extraordinary novel - original, compelling, brilliant.' -Library Journal 'A work of tremendous self-assurance that leaves the reader with a lingering sense of unease and announces the arrival of a considerable new talent.' - British Book News

The oldest annual literary prize in Great Britain, the James Tait Black Memorial Prize has been awarded to the best novel published each year since 1919, and previous winners have included D. H. Lawrence, E. M. Forster, J. B. Priestley, Aldous Huxley, Iris Murdoch, and many other extremely famous writers.  Valancourt Books is proud to be publishing the following James Tait Black winners: 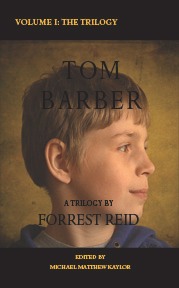 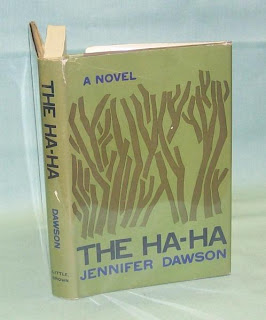 "A remarkably talented first novel . . . [the] heroine is a convincing and sympathetic character, and when her mind begins to shift into the nightmare perspective of schizophrenia the writing creates an atmosphere of quiet terror." - Observer

"Cool, short, tender and occasionally as prettily ruthless as the impact of a stiletto heel . . . twice as alarming because everything is implied rather than explicit." - Tatler

"A writer of marked originality." - Punch

"A novel about madness which succeeds completely." - Daily Telegraph

Posted by Valancourt Books at 6:29 PM No comments:

I regret that these offers are only available to U.S. customers because of shocking recent increases in overseas mailing costs.  Uncorrected proof copies are in like-new condition but may contain a small number of typographical errors corrected for the final book, or may have variations in cover art.  Shipping is a flat $5 per order, regardless of how many books you order.

"Scratch & Dent"
We have four copies of Stephen Gilbert's The Burnaby Experiments in new condition, missing their title page ($5 each)

Posted by Valancourt Books at 2:38 PM No comments: