Some forthcoming titles you've never heard of, but won't want to miss!

Every publisher likes to publish bestsellers, award-winners, and big-name authors. What sets us apart from many presses is our willingness to take a chance on little-known authors and even totally forgotten titles if we think they're great books that deserve to be in print. In fact, it's a little secret (Shhhhhh!) but many of the best books in our catalogue aren't necessarily the most famous ones, but instead the unheralded gems, books that neither you nor anyone you know has probably ever heard of.

We're excited to announce the following neglected treasures as forthcoming:

Probably the best known of the titles on this list, Odd Man Out was a bestseller for Frederick Laurence Green (1902-1953), who published over a dozen novels, many of them well received, but who is remembered chiefly for his 1945 novel, which was adapted for a 1947 film directed by Carol Reed and starring James Mason.  It was last published in the US in 1982 and in the UK in 1991, so we are pleased to be restoring it to print in both paperback and e-book formats. 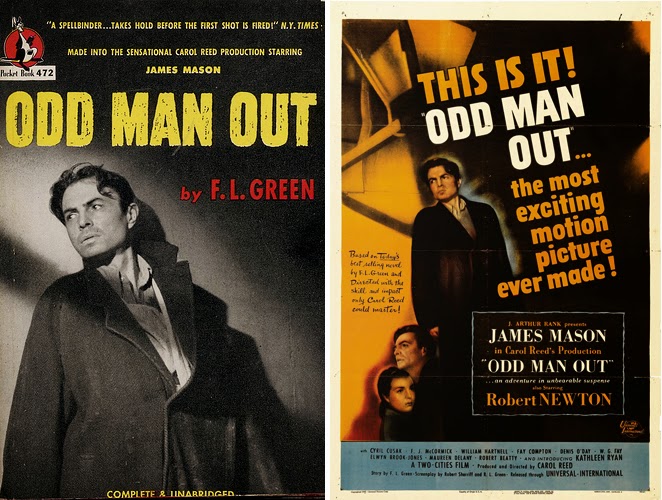 This book is beyond obscure, and indeed would have been totally lost in oblivion if not for macabre illustrator Edward Gorey, who during the 1970s named it the most neglected book he knew.  Gorey's recommendation was reprinted in a book called Writers' Choice, where we discovered it and were inspired to track down the book.

Parry (1912-1955) was a barrister and civil servant who published a dozen or so novels, but though his books were always published by leading publishing firms and always earned good reviews, somehow their quirky subjects and sardonic wit never caught on with the book-buying public.  Sea of Glass, his last book, was one of his most successful, earning rave reviews and going into a second edition, but unfortunately Parry died shortly after publication in a car crash at age 42. 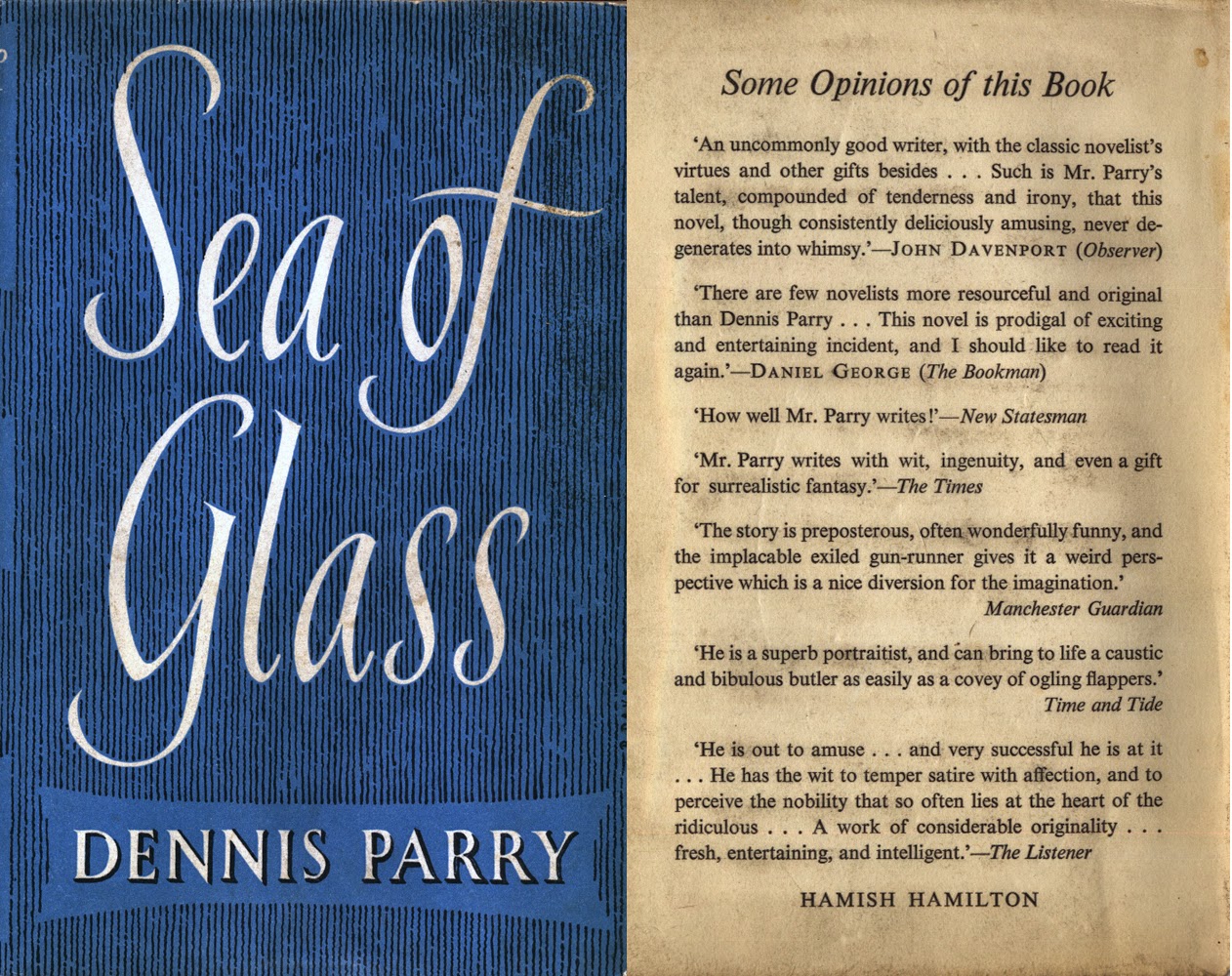 Sea of Glass is a witty and often laugh-out-loud funny story involving a 20-year-old law student who is staying at the home of the wealthy Ellisons, friends of his aunt.  Old Mrs Ellison is near death, and her rotten son Cedric anticipates inheriting her money, until a bizarre young woman calling herself Varvara Ellison arrives from Chinese Turkestan, claiming to be the daughter of the black sheep of the family, Fulk Ellison, who had moved east to make a fortune as a gun-runner. Varvara's eccentricities are hilarious, and when Cedric ends up dead, she may be the number one suspect....

A. E. Ellis, The Rack (1958)
With a new introduction by Andrew Sinclair

This novel, the only book published by Derek Lindsay, who wrote under the pseudonym A. E. Ellis, is a masterpiece.  And we're not the only ones who think so.  No less a writer than Graham Greene wrote: "There are certain books we call great for want of a better term, that rise like monuments above the cemeteries of literature: Clarissa Harlowe, Great Expectations, Ulysses.  The Rack to my mind is of this company."  Though in print for many years as a Penguin Modern Classic, Ellis's novel fell out of print 25 or 30 years ago and has been unavailable since. 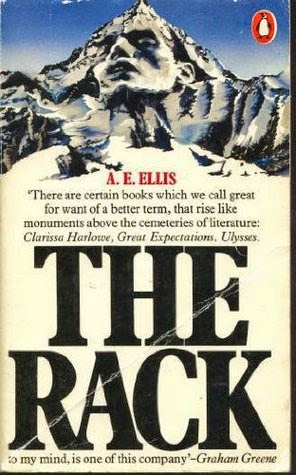 Interesting trivia: Andrew Sinclair, who is contributing the introduction to this edition, is the author of Valancourt titles The Facts in the Case of E.A. Poe and The Raker; the main character in The Raker was modelled on Derek Lindsay/A.E. Ellis, and Sinclair writes in his introduction of a ménage à trois among Sinclair, his wife, and Lindsay.  More interesting trivia: Gillian Freeman, author of three Valancourt reissues, was at one time adapting The Rack as a screenplay, which sadly was never produced.

Ellis's novel is the story of a young Englishman sent to a sanatorium in the Alps in the days before antibiotic treatment for TB infection.  As he continues to hold out hope of his cure and being able to marry Michele, a young Belgian girl also at the hospital, he is subjected to increasingly dehumanizing medical procedures amounting almost to torture.  The genius of Ellis's novel, though, is its tone of fatalistic, gallows humor throughout.  "Book of the year, if ever there was one," said V.S. Pritchett, and we agree!

Ramsey Campbell, the most award-winning and acclaimed British horror novelist today, says "Alex Hamilton is one of the absolute masters of the sunlit nightmare, the tale of insidious disquiet and relentless unease. He's a true original, and it's past time that he took his place in the pantheon of the elegantly macabre."

Hamilton's first collection of macabre stories, Beam of Malice, was published in the UK in 1966 and the US the following year but has been neglected since.  We agree with Ramsey Campbell that Hamilton's tales of unease are well worth rediscovery, so we're pleased to be reissuing his debut collection, with a new foreword by the author. Archie Roy (1924-2012) was very well known, but as a professor of astronomy at the University of Glasgow rather than for his novels.  Roy, in addition to being a well-respected scientist (with an asteroid named after him), was also a firm believer in the paranormal and incorporated his interest in both science and the occult in six novels published in the 1960s and '70s.  Sadly, though his books are extremely well-written and genuinely thrilling, they are very little known today, even to connoisseurs of this sort of fiction. 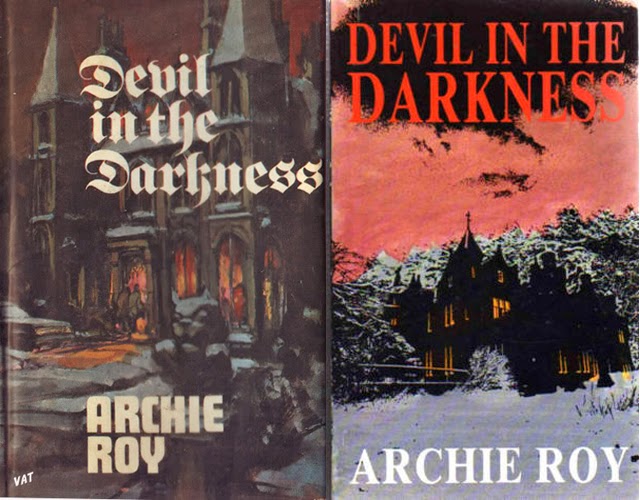 Devil in the Darkness (1978) starts out in classic British haunted house style.  A young couple, just married, is driving to their honeymoon through a blizzard when they are forced to take refuge for the night in a creepy old mansion.  It turns out, of course, that the house is haunted, but the twist is that there are two groups of people already at the house when they arrive: one is there to study the psychic phenomena while the other is there to destroy it.  Some sleepless nights and eerie happenings occur, and the atmosphere is pitch-perfect.

We will also be reissuing Roy's The Curtained Sleep, a genuinely mind-bending novel involving drug-induced altered states of consciousness that is guaranteed to freak you out when you finally figure out what's going on.

We're excited to announce that some of your favorite Valancourt authors will be returning with new editions in 2014-15!

Gerald Kersh was the only Valancourt author to have two books in our list of the top 10 best-selling titles from 2013 (Nightshade and Damnations and Fowlers End), so we're thrilled to be publishing four more Kersh titles!

A rare volume of short stories by a master of the genre.  "Mr Kersh’s new volume contains thirty-seven stories of the kind the author made made so distinctly his own; the short piece, explosive with violence . . . The best of them are very good. The unfailing fertility of his imagination is indeed to be wondered at, and so, too, his unwinking eye for the hard, the horrible, the grotesque. . . . For entertainment of a strong kind Mr Kersh would be hard to beat." -- Times Literary Supplement.

A collection of three long short stories (or short novellas). "Mr Kersh tells a story; as such, rather better than anybody else." -- Pamela Hansford Johnson, Daily Telegraph

"Gerald Kersh is a literary spieler of abundant energy, who sees the world as a vast circus cramful of entertaining oddities, glittering sideshows, burlesques of blood and sawdust . . . Mr Kersh’s many admirers will undoubtedly devour this highly flavoured hotch-potch with avidity." -- Julian Maclaren-Ross, Sunday Times 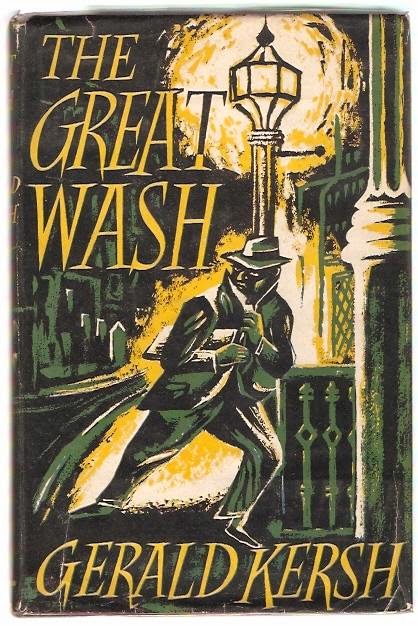 Published only as a paperback original in the United States and never published in Great Britain, this collection features some of Kersh's best, including "The Brighton Monster", "The Queen of Pig Island", and "The Extraordinarily Horrible Dummy", along with some lesser-known stories and one written specially for this collection.  This new edition will feature an introduction by Nick Mamatas. 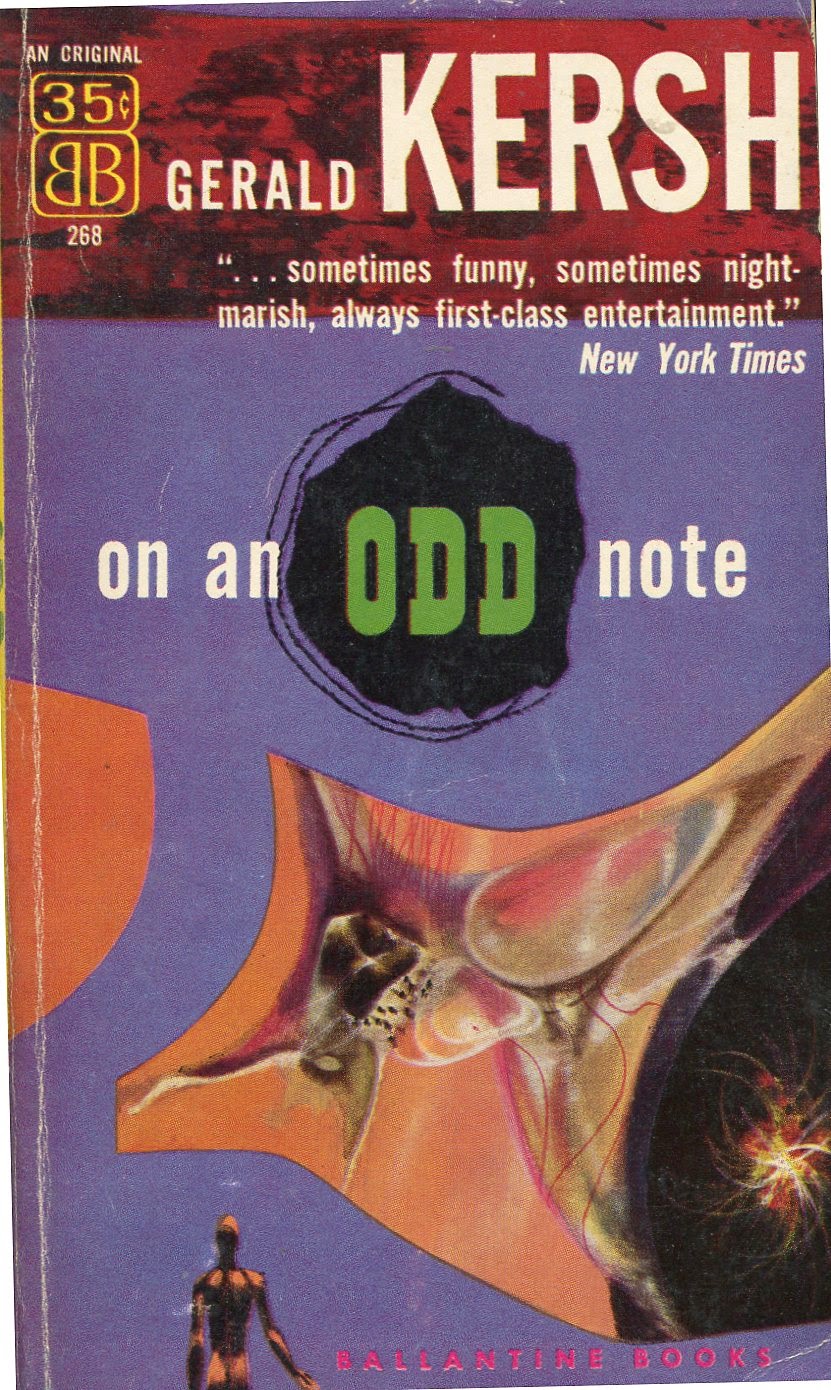 Basil Copper's Lovecraftian horror novel The Great White Space and his Victorian-style Sherlock Holmes pastiche Necropolis were both extremely popular with our readers last year, so we're thrilled to be offering a new Copper title: 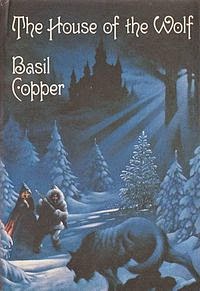 Copper's classic werewolf novel, originally published as a limited edition by Arkham House and reprinted as a limited hardcover by Sarob Press in the UK, finally gets its first edition in paperback and e-book formats.  We're excited about this one!

Even though it wasn't published until Halloween, R. Chetwynd-Hayes's brilliant cult classic The Monster Club (1976) was still our 13th bestselling title for 2013.  So we're pleased to be offering another volume of Chetwynd-Hayes's stories which we hope you'll also enjoy:

Looking for Something to Suck and other Vampire Stories (1997)

Edited by Stephen Jones, this collection of the complete vampire-themed stories by R. Chetwynd Hayes, originally published in various collections between 1971 and 1997, appeared as a limited hardcover in 1997 but makes its first paperback and e-book appearance with Valancourt Books, featuring an afterword by Stephen Jones and the original illustrations by Jim Pitts.  This nearly 300 page collection includes 15 of the author's best, in which he blends horror and dark humour in his own unique way. 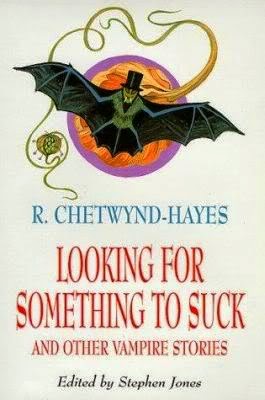 Claude Houghton's bestseller I Am Jonathan Scrivener (1930) was one of our most popular releases in 2013 and one of my personal favorites among all the books we've ever published. So we're particularly delighted to be republishing his very scarce first novel, Neighbours (1926), with a new introduction by Mark Valentine and featuring a new cover by M.S. Corley.  Houghton's novel centers on a young writer living in the attic of a lodging house, who becomes progressively more obsessed with a new neighbour, whose every word he hears through the thin partition separating the rooms, and whose obsession leads to a shocking climax. 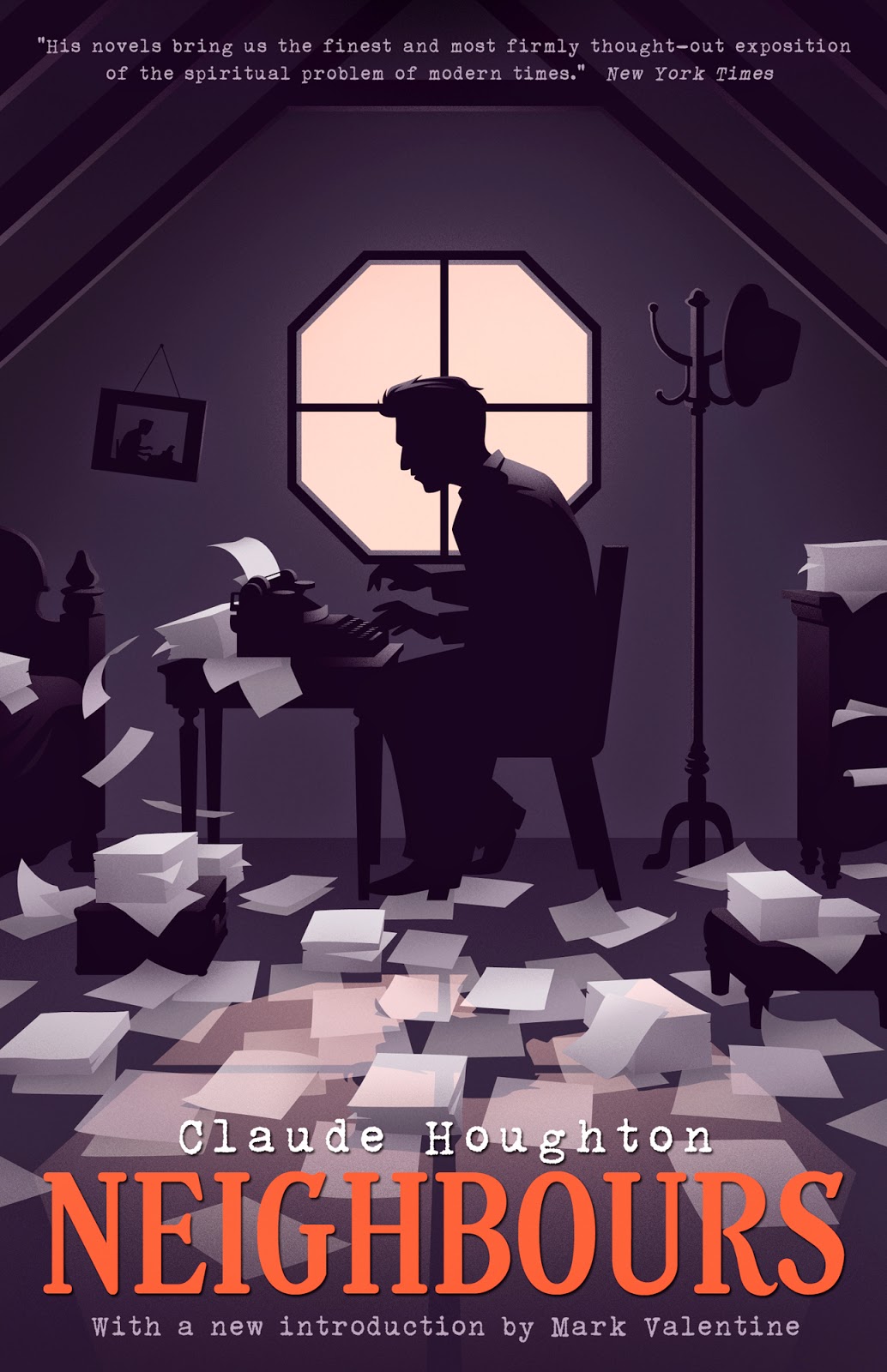 Posted by Valancourt Books at 6:01 PM No comments:

We love to keep in touch with our readers, but unfortunately, our Facebook updates are only being shown to about 5% of our followers -- Facebook expects us to pay $30 or more per post if we want to reach more of you.  If you want to be sure to know about all our newest releases, forthcoming titles, sales, discounts, convention appearances, contests, and fun bits of trivia, etc., that we post occasionally, please enter your email on the right side of our blog page, and you'll get an email each time our blog is updated.  Don't worry, you won't get deluged with tons of emails!

Or if you'd rather receive a once-monthly (no more, we promise!) email newsletter with highlights of what's happening at Valancourt Books, please send us a message using our Contact form, and we'll add you to our mailing list.  (We never sell or share your email address with anyone and use it only for a maximum of one email per month.)

Thank you for your support and keep reading!
Posted by Valancourt Books at 6:08 AM No comments: