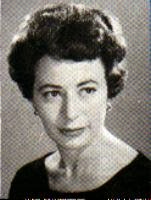 Like many terrific novelists who got their start in the 1950s and 60s, Freeman was initially connected with Anthony Blond, who was first her literary agent and later her publisher.  Blond is best known, of course, for discovering and publishing Simon Raven, and the list of other young authors he helped discover -- which includes a number of Valancourt authors like David Benedictus, Jennifer Dawson, and Colin Spencer -- is formidable.

Freeman's books are consistently engaging reads and often dealt with controversial topics.  Her first book, The Liberty Man, deals with a taboo romance between a middle-class schoolteacher and a sailor of rather dubious sexuality, who happens to be the brother of one of her pupils (one memorable scene finds her accompanying him to a gay sailors' bar).  The book was one of the best-reviewed novels of 1955 and was reprinted in paperback through the 1970s but has been out of print for some time.  This is the first edition's cover:


Freeman is probably best known for The Leather Boys (1961), which was filmed by Sidney Furie in 1964, and which was reprinted in the 1980s as part of the Gay Men's Press Gay Modern Classics series.  Racy by 1961 standards, this short novel follows two working-class youths in a biker gang (hence the title, 'leather boys') who fall in love, with the relationship of course ending in tragedy.  The book was originally published under the pseudonym of 'Eliot George' (a play on yet another pseudonym, George Eliot), perhaps out of fear of controversy.  Acclaimed novelist Michael Arditti, whose new book The Breath of Night was just published in the UK by Arcadia Books to rave reviews, will provide an introduction.  The original cover, and some others: 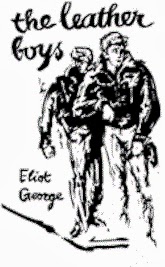 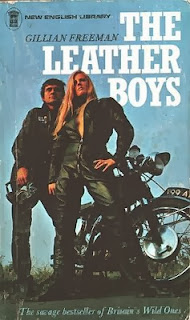 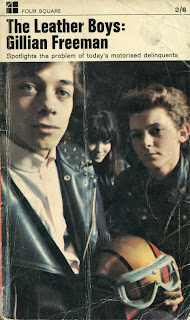 The third of our reissues, The Leader (1964), concerns a loser, Vincent Pearman, about forty years old, still living with his mother (his only friend) and working at a dead-end job in a bank.  Pearman is bitter about his failed life and has managed to convince himself that the problems in his own life and in the country as a whole are attributable to racial and religious minorities.  A collector of Nazi memorabilia, Pearman comes into contact with other crazy right-wingers like himself and begins a political party, Britain First, whose platform is anti-immigrant, anti-Jew, and anti-black.  The novel charts his rise and fall in a book that resonates eerily today, with the rise of crazy far-right political extremists in the US and throughout the world. Historian and critic Alwyn Turner, whose excellent 'Trash Fiction' website contains reviews of several of Freeman's books (http://www.trashfiction.co.uk/leader.html), will provide an introduction. 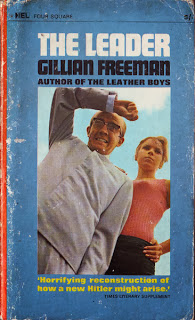 We hope to have these three novels out in early 2014.  A fun Gillian Freeman fact to close this post with: her 1978 novel Nazi Lady, published as though it were actually the memoirs of a well-connected woman of the Third Reich, is so convincing that a 2004 anthology of World War II diarists mistakenly presented excerpts of the book as fact: http://www.theguardian.com/books/2004/dec/11/featuresreviews.guardianreview29
Posted by Valancourt Books at 3:18 PM 4 comments:

September is shaping up to be a really exciting month for new releases.  Here's what you can expect from Valancourt this month:

I don't even know how it could get any more exciting than that, unless we were issuing our first Booker Prize-winning novel . . . oh, wait -- we're doing that too.  And if you think all of that sounds exciting, just wait till you see some of what we're planning for 2014....