The Prestige e-book and some forthcoming title announcements!

We're celebrating the release of our e-book edition of Christopher Priest's The Prestige (1995), which went live yesterday. The book, which won the James Tait Black Memorial Prize and the World Fantasy Award and was adapted for a 2006 Christopher Nolan film, has never been out of print in paperback, but for some reason the United States was the only place on earth where you couldn't get it as an e-book. So we fixed that.

Whether you've seen the film version or not, you really should check out the novel. It's brilliantly constructed—like the stage illusions its plot deals with—and a very compelling read. As fans of Victorian Gothic works by writers like Wilkie Collins, Bram Stoker, and Richard Marsh, we also enjoyed the book's structure, with multiple narrators and parts of the story told through diaries, etc.

Read all about it over on its book page: http://www.valancourtbooks.com/the-prestige-1995.html

This is the e-book cover by M.S. Corley: 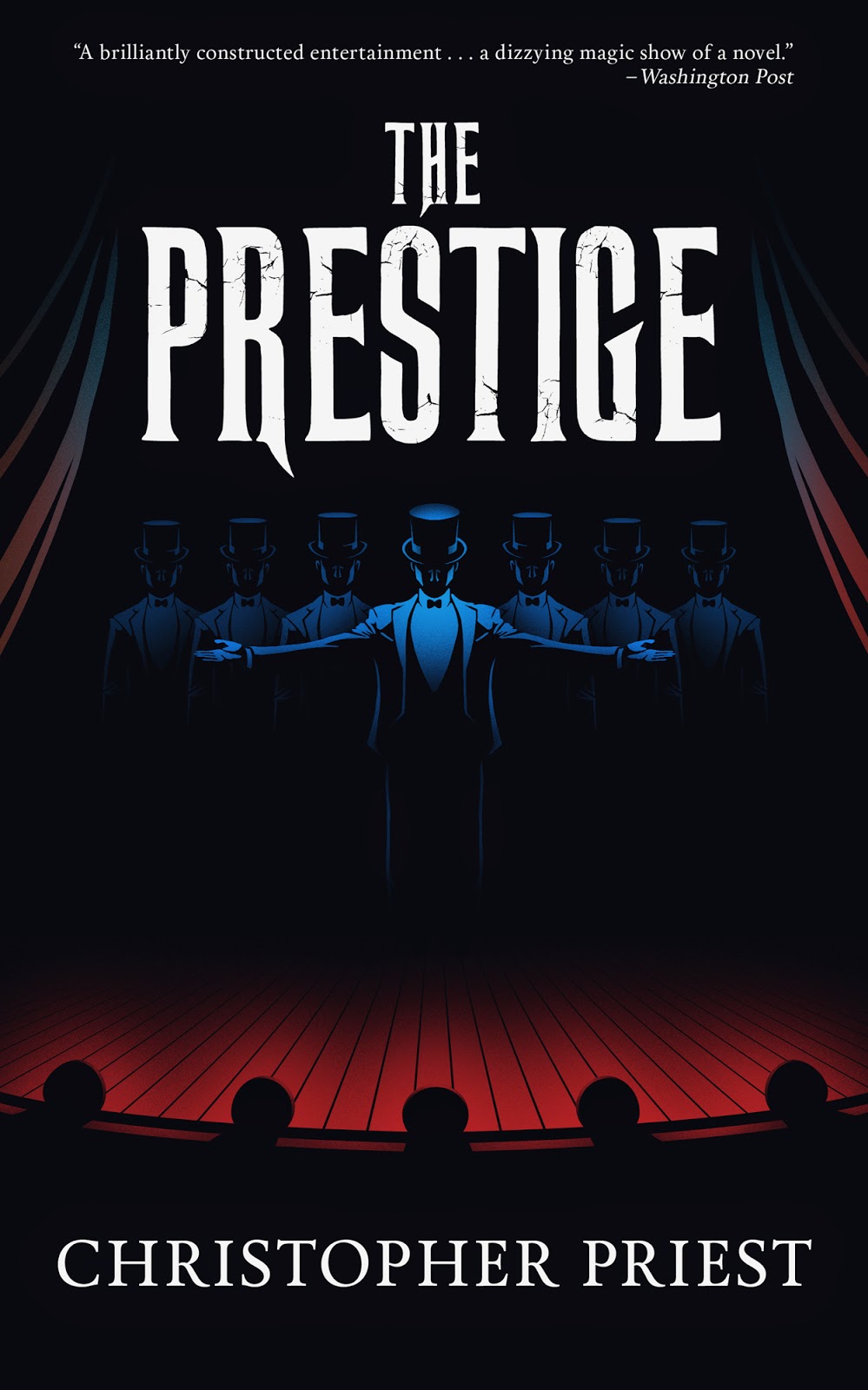 ...and, speaking of Christopher Priest, we're delighted to announce that we'll have the honor of publishing three more of his titles in late 2015 or early 2016: The Space Machine (1976), A Dream of Wessex (1977) (the author's revised edition; the book originally came out in the U.S., for some reason, under the title The Perfect Lover), and The Separation (2002), which won both the Arthur C. Clarke and BSFA Awards. The first two will be available in US & Canada; The Separation will be US only. 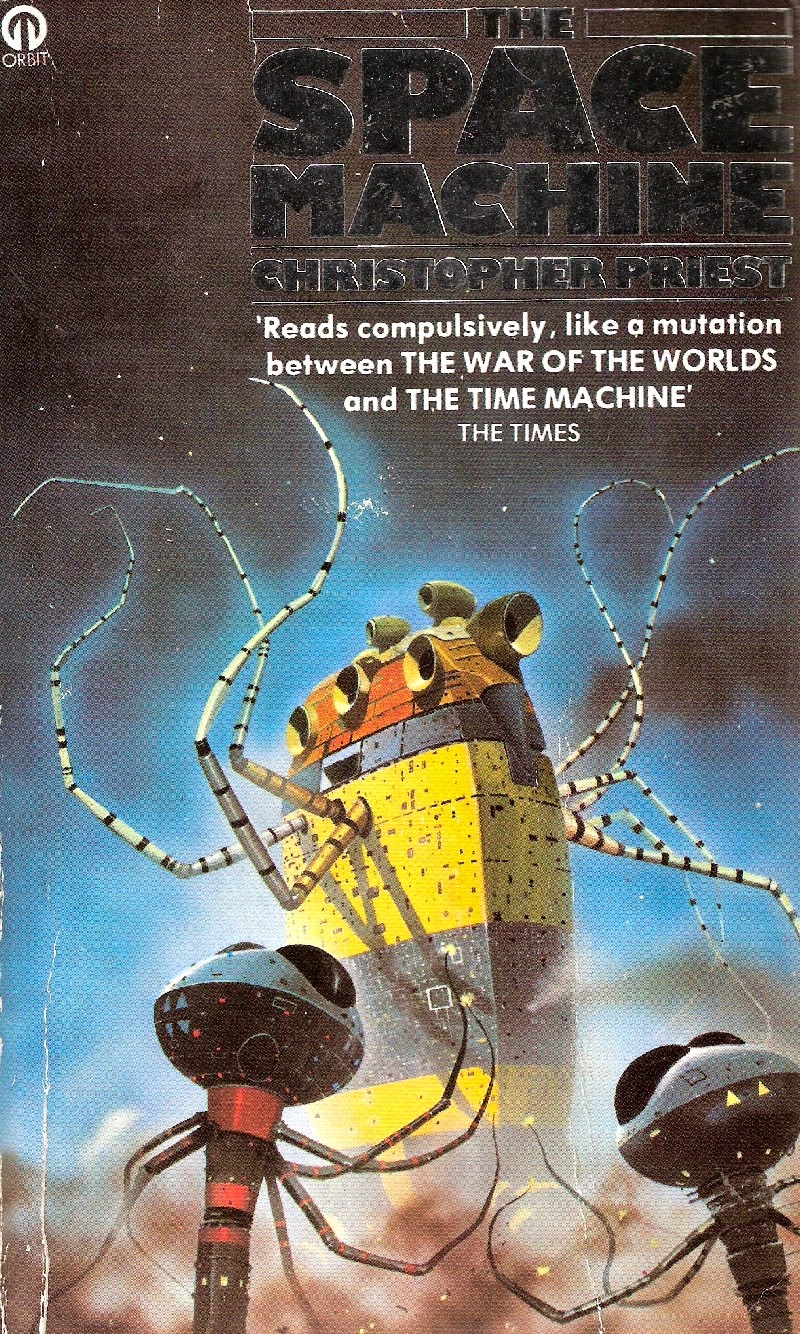 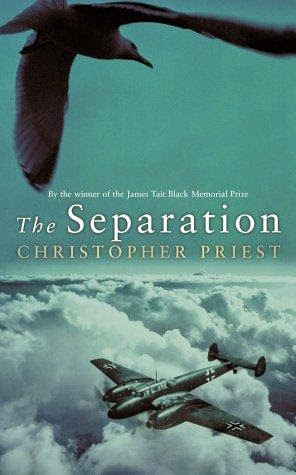 And we're pleased to welcome a number of new Valancourt authors!


We're extremely excited about Iain Sinclair's highly acclaimed White Chappell, Scarlet Tracings (1987), which weaves two plotlines, one involving shady book dealers in modern-day London and one involving the Jack the Ripper slayings of 1888. Though oft reprinted in the UK (currently by Penguin), Sinclair's novel has curiously never been available in the US. It was the runner-up to that year's Guardian Fiction Prize (his second novel, Downriver, would win both the James Tait Black Memorial Prize and the Encore Award). It's a terrific book, written in a unique, highly poetic prose style, and I found it a most enjoyable and rewarding read. 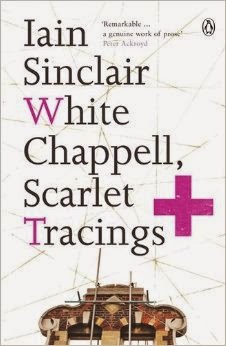 Russell Hoban (1925-2011) is probably best known for his children's books, but his novel Riddley Walker (1980) is regarded in many circles as a masterpiece, and his other novels—which are often unclassifiable, containing elements of humor, science fiction, fantasy, and even horror—have a large and well-deserved cult following. NYRB Classics recently reprinted his novel Turtle Diary (one of two novels he wrote with no supernatural or fantastic themes), but otherwise his works have been long unavailable in the US & Canada. We're very pleased to report that we'll be reissuing three of his very best—The Lion of Boaz-Jachin and Jachin-Boaz (1973), Kleinzeit (1974) and Pilgermann (1983). We'll post more about all these later on, but for now, some vintage covers: 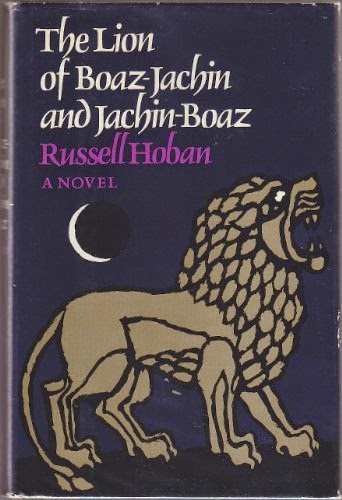 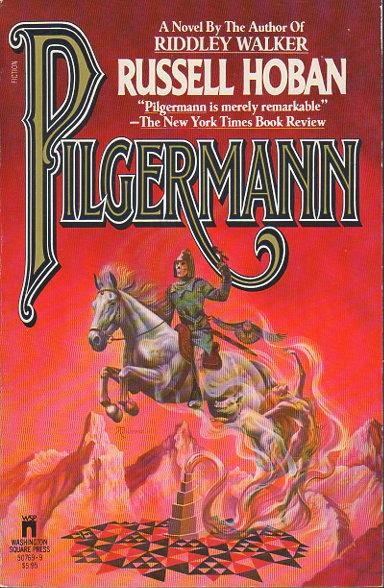 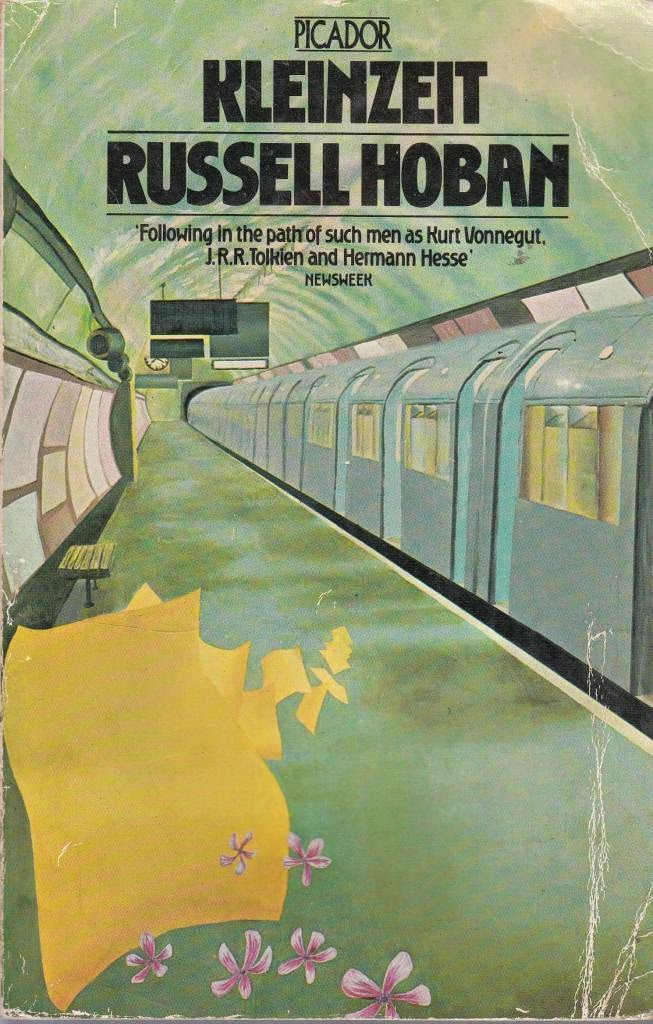 Here at Valancourt, we publish a lot of good books—and even quite a few great ones—but only a handful are so beautifully done, so compelling, so perfect that they're actually impossible to put down. Philip Ridley's In the Eyes of Mr Fury (1989) is one such novel, and we're very excited to have it as forthcoming. It's a bibliographic oddity: it never had a hardcover edition but went straight into paperback from Penguin as part of their short-lived Penguin Originals series. Also odd is the cover, which doesn't have the title or author's name. The book never appeared at all in the US, so we're thrilled to make it available here for the first time, as well as making it available again in the UK and worldwide. We don't want to run the risk of spoiling anything for you, so we won't say more about this one here—just trust us: do not under any circumstances miss it! 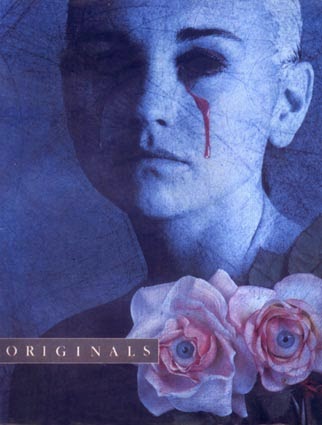 From the oldie-but-goodie category is Nightmares and Geezenstacks (1961) by Fredric Brown, who was great at writing everything from crime novels to sci-fi to horror to.... well, just about anything. This collection was first published as a now-scarce paperback original in 1961 and reprinted in the late 1970s. Both editions are hard to find and because of the pulp-quality materials used, most copies are falling to bits. The 1961 paperback contains 47 stories but is only about 130 pages long: most of the stories are only 1-3 pages long, but though very short, they pack a very powerful punch. Few if any writers are better at the "short short story" than Brown was. 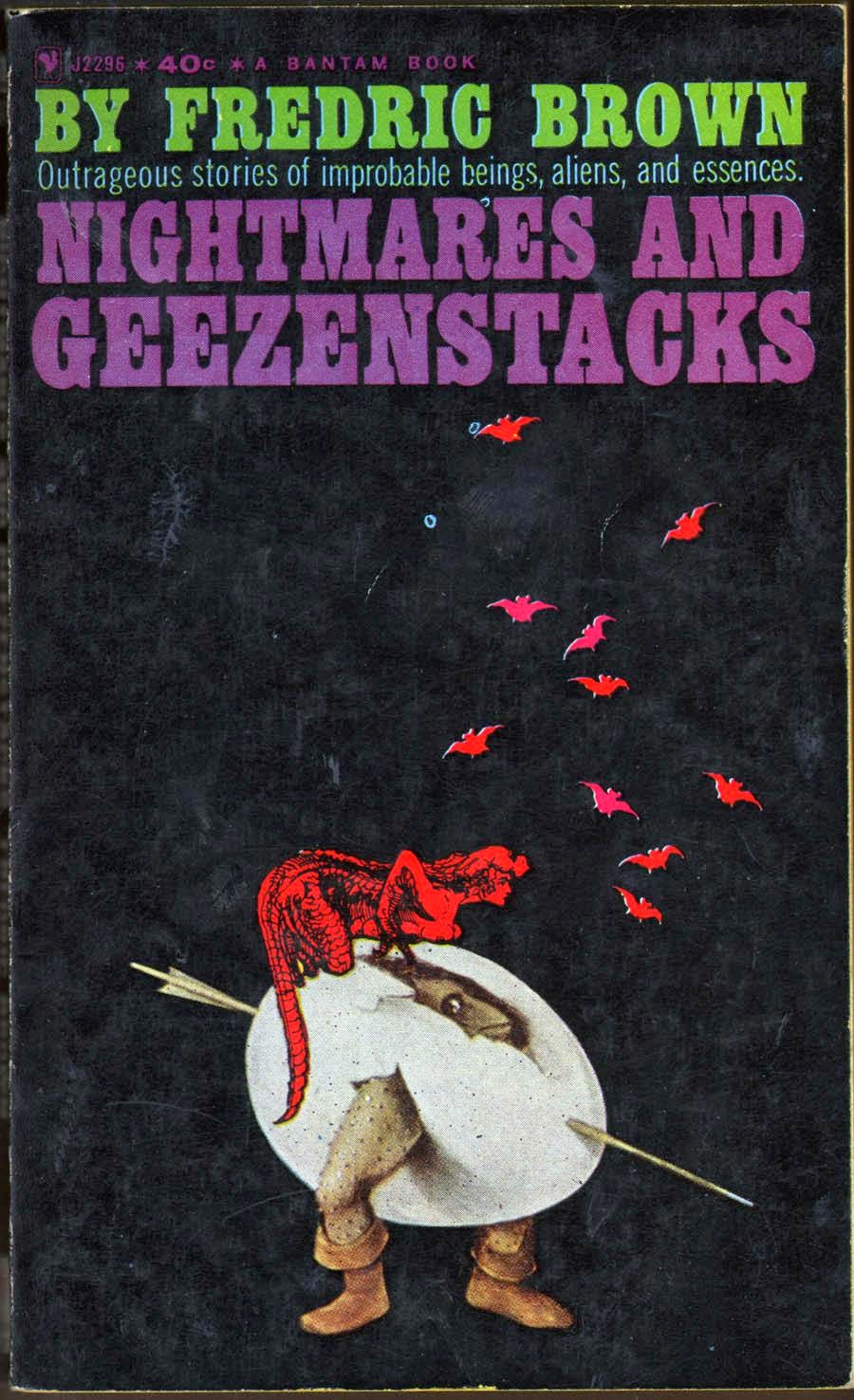 And last, but by no means least, the rediscovery of Hugh Fleetwood's fine novels has been begun by the folks at Faber Finds, who publish his John Llewellyn Rhys Prize-winning The Girl Who Passed for Normal (1974) and several others. We're pleased to add his Foreign Affairs to our list: it's a book that showcases perfectly why the Sunday Times called Fleetwood "the master of modern horror" and illustrates what the Scotsman meant when they wrote "He reaches down and stirs up with venomous delight the nameless, faceless things swimming far below the levels of consciousness." Like Ridley's novel, Fleetwood's will appeal both to those who enjoy our literary fiction offerings as well as those of you specifically interested in our gay-interest titles.

Look for more info on all these titles and authors coming soon, and, as always, we have dozens more titles under consideration or in the works, so expect more announcements soon!
Posted by Valancourt Books at 12:21 PM No comments: