Thank you for making 2015 our best year ever!

We love all the books we publish, so it'd be impossible for us to pick a favorite or even a top 10. Instead, here's a list of ten books we published this year (in no particular order) that we really love but which some of you may have overlooked. 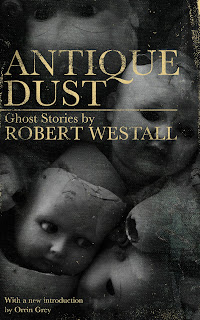 Westall is best known as the award-winning author of a number of books for children and young adults; Antique Dust (1989) was his only book marketed for adults. It's a collection of terrific ghost stories in the tradition of M.R. James, centering on an antique dealer who has a knack for running across cursed objects and haunted places. It's sometimes scary, sometimes funny, always entertaining. If you enjoy this one, make sure not to miss Westall's The Stones of Muncaster Cathedral, another Jamesian tale, this time featuring a cathedral tower topped with a rather hideous gargoyle, which may (or may not) be exercising a supernatural power to lure children to their deaths. 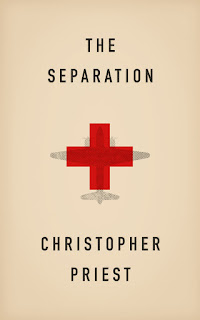 Christopher Priest has a large following internationally and has won numerous awards for his books, including the James Tait Black Prize for best novel of the year and the World Fantasy Award for The Prestige (1995), but for some reason has been somewhat overlooked in the States, where most of his classic works were out of print before we started republishing them. The Separation (2002) won both the British Fantasy Award and the Arthur C. Clarke Award, and it's easy to see why. It's an enthralling, mind-bending novel that traces the story of twin brothers who played key roles in World War II through divergent realities. Read it and see why critics have called it one of the best works of alternate history ever written. We also released Priest's The Affirmation (1981) in January 2015, and it's one of my favorite reissues this year. 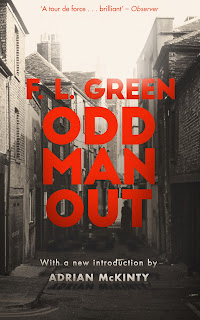 F. L. Green's Odd Man Out is best known as the source of the classic 1947 Carol Reed film adaptation (recently reissued in the Criterion Collection), but if you've seen the movie and haven't read the novel, you're really missing out. Set over the course of one snowy, surreal, nightmarish Belfast night, it starts out as the story of a violent heist gone wrong and turns into something else entirely, as a wounded IRA leader stumbles through the streets, bleeding, menaced by death and betrayal on all sides, and facing the prospect of dying that night with the stain of murder weighing on his soul. 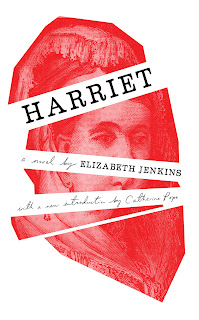 Elizabeth Jenkins's Harriet (1934) won the Prix Femina Vie Heureuse, beating Evelyn Waugh's better-known A Handful of Dust. It's not hard to see why she won, but it's extremely hard to understand why this novel has been so neglected. Based on the real-life case of Harriet Staunton, a mentally disabled woman who was cruelly murdered for her fortune during the Victorian era, it's an unrivaled exploration into the depths of human depravity that still holds the ability to chill readers to the bone. 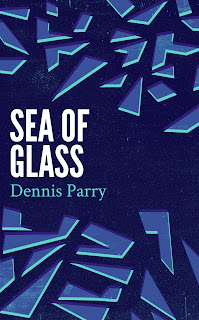 I've read Dennis Parry's Sea of Glass (1955) three times now and look forward to reading it again. Most of our authors are neglected to one degree or another, but Parry goes beyond neglect into the realm of total oblivion. From his death in 1955 (less than two months after this book, his best, was published) until 2014, not a single one of his books was ever reprinted. Even during his lifetime he was little known, despite having published ten novels; reviewers of Sea of Glass loved the book and expressed astonishment that they'd never heard of Parry or read others of his books. And Parry would have continued in oblivion were it not for the macabre illustrator Edward Gorey, who, in the journal Antaeus in the 1970s, mentioned Sea of Glass as the most unjustly neglected book he knew. No plot description can do justice to Parry's novel. It's exciting, suspenseful, moving, and very, very funny—sometimes laugh-out-loud funny (just wait till you get to the part with the venomous barking spiders). Trust us on this one, give it a shot. 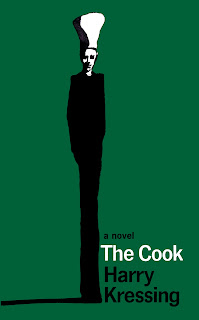 Harry Kressing's The Cook (1965) is one of those books that for decades invariably showed up on lists of books that had undeservedly fallen out of print and needed to be reissued. It's a sort of dark fairy tale, with echoes of Kafka, centering on the mysterious figure of Conrad, a tall, gaunt young man dressed all in black, who arrives in town one day and uses his brilliant culinary skills to win first the stomachs and then the souls of the townspeople. The critic for the Observer said it "begin[s] in a vein of innocent fairy tale and end[s] with satanic revels", while John Fowles praised it, saying, "I have much enjoyed The Cook, for I am very fond of Satan. My congratulations to Mr. Kressing on his achievement." Everyone we've talked to has enjoyed this one, and it has a perfect 5-star rating on Amazon, so we think it's safe to say you're likely to enjoy it too.


7. Michael Blumlein, The Brains of Rats 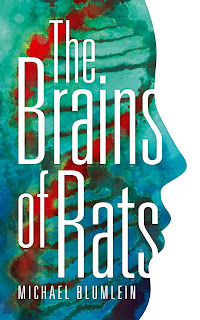 In this astonishing collection, Michael Blumlein (a medical doctor in addition to a terrific short story writer) blurs the boundaries of horror, science fiction, and fantasy in stories that often feature medical themes. When it first appeared in 1989, it earned rave reviews from mainstream critics at the Washington Post, Publishers Weekly, etc., as well as high praise from genre stalwarts Harlan Ellison, Pat Cadigan, Joe R. Lansdale, and Peter Straub. Katherine Dunn, author of Geek Love, says it best: “The Brains of Rats is blindingly brilliant. Blumlein is beyond any genre, a genuinely great writer.” Probably the most famous (or infamous) story in the collection is one in which the surgical dissection of Ronald Reagan is described in chilling, clinical detail, but almost every entry in the book is a classic.


8. Barry Hines, A Kestrel for a Knave 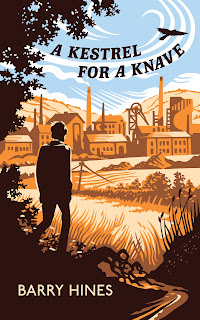 Unbelievably, Barry Hines's 1968 novel A Kestrel for a Knave (filmed in 1969 as Kes, also a recent Criterion DVD reissue) had never been published in the United States despite being recognized as a classic in the UK, where it's probably been read by every kid ever to go through the British school system any time in the past four decades. An outstanding work of realistic working-class fiction, it's the story of a young boy in a northern England mining town who has seemingly no future except a life of toil in the mines, but who finds strength and courage through his experiences in training a kestrel hawk. Our edition features one of our favorite covers of 2015, by Tom Duxbury.


9. Michael Frayn, Towards the End of the Morning 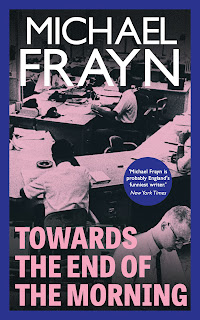 Michael Frayn is legendary in the UK, where his first five novels have long been regarded as classics, his most recent three novels have all been nominated for the Booker Prize, and his play Noises Off (currently being revived on Broadway) was voted the nation's second-favorite play of all time. And yet, despite those impressive credentials, his first five novels had all been out of print for decades in the US until we reissued them with new introductions by the author. All five are excellent, but Towards the End of the Morning (1967) is probably the funniest and most famous. The story involves a group of journalists working for a third-rate London newspaper in the waning days of Fleet Street, stuck in the obscure department responsible for the crossword puzzle and 'Nature Notes'. As always with Frayn, it's a very funny book (the scene where one of the newspapermen, dreaming of escaping to a lucrative career in television, finally gets an appearance on a TV program but gets drunk and makes an ass of himself, is a highlight, as is the catastrophically ill-fated trip to review a new resort in the Persian Gulf). We also published Frayn's newest book, Matchbox Theatre, a collection of thirty short 'entertainments' that the New York Times picked as a must for summer reading. 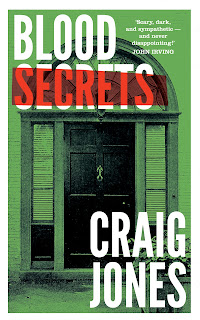 A remarkable first novel, Craig Jones's Blood Secrets (1978) earned rave reviews when first published and in the decades since, numerous critics have hailed it as a masterpiece of 20th century American Gothic fiction. Whether you call it mystery, thriller, or horror, it's a terrific novel, with a slow accumulation of dread and suspense and a couple of genuinely shocking turns you won't see coming. The saying 'don't judge a book by its cover' might have been coined because of this book: the 1979 mass-market paperback, with the title "BLOOD SECRETS" in a large crimson font, must have made the book seem to be just another amongst the thousands of bad horror novels being churned out at the time, which is definitely not the case. Give this one a shot: we think you'll really enjoy it. And whatever you do, don't post any spoilers of the plot anywhere!

As we count down the waning hours of 2015, how about a look at some of what to expect in 2016? Please note, all these titles are currently considered 'forthcoming' and may be subject to cancellation or delay until 2017. Also, negotiations are ongoing for a number of books, and more titles will be added throughout the year.